“This poem does what the very best poetry can do, condensing personal emotion into images that have a timeless and universal quality.”

Crouched in the corner; his cries are silent
People shoot him stares, stares which are violent
While he scratches his uncombed hair
People mutter ‘that stench is hard to bear’
Unwashed, bedraggled clothes
And to eat: the bakery’s inadequate loaves
Outside in all weather, nowhere to hide
His health now decreasing, taking a slide
As the night comes closer, everything turns black
He’s left there to wonder, will his life ever go back
Back to how it used to be, when he still had a home
When he had something other than lonely streets to roam.

It was a Thursday when her fate was met,
The day she leaned over the parapet.
Facing the wind, the eve of her demise
Was not as beautiful as where she lies,

Dreaming with her broken halcyon wings,
Surrounded by ichor and the blood of kings.
Queenly in essence and in description,
She asks for no such fame or inscription,

Wanting all traces to just be erased,
So she can still dream of happier days.
Without the tendencies that plagued her mind,
Perhaps the reaper would have been more kind.

Alas, there is no more time to borrow,
The clock has struck and stopped at her sorrow.

When people look up to the stars,
They imagine a faraway place,
Where pollution is not spoiling their space.

Out there over the boundaries,
Humans can see a sign,
A glimpse of a planet no different from mine.

When children ran happily, laughing,
And their parents lay under their sun,
But the voices of fate were casting,
Horrible destinies for each one.

Like us they found oils and plastic,
But they called it a different name,
How delighted they were when they found out,
They could use it to store the harvests when they came.

The plastic however was different,
It would not disintegrate.
They tried to fix their mistake,
But for them it was too late.

The strings of life were cut,
All life on the planet was gone,
But we would never know this until 3,000 years on.

Does this sound familiar?
Have you heard it before?
Is this the destiny of our planet?
If we continue our war path forever more?

Our forests and woods are felling,
Our animals losing their lives,
Will we end up destroying,
Everything for which we strive?

Has our destiny been decided?
Or is it not too late,
To save our planet,
From the same fate?

Humans are not immortal,
We do not live for all time,
So maybe we should leave our planet better,
For those next in line.

Our planet is our responsibility,
And I can’t say we’re doing well,
Death and destruction everywhere,
This story is not a good one to tell.

Do you care for our future?
For those who are yet to live?
Is it right to give them,
What we have to give?

Or should we give them better,
A planet of which to be proud,
A planet so they can live happily,
Surely that’s allowed?

Though we may not have started this,
We can certainly give it an end,
To make our planet better,
For those whose lives are just round the bend.

The snowflake fell,
Its exuberant structure glinting gently,
Catching the pale, muffled sunlight
Gliding downwards
From the hue-less, cold clouds,
Seeking refuge, attempting to
Retain its priceless beauty.
The breeze rocked it back and forth,
Knocking it into others, forcing
Them to tangle — mingle — together.
Down the flake fell,
Ever-seeking unfindable refuge
‘Til it touched its final ground.

After ‘First They Came—’ by Martin Niemöller

First, they came for the rainforests,
And I did not speak out
Because I was not a forest child.

Then they polluted the oceans,
And I did not speak out
Because I did not live in the sea.

Then the Australian bush fires broke out,
And I did not speak out
Because I did not live in Australia.

Then the ice caps melted,
But we did not speak out
Because we were drowning too;

Do you want to know why?
This generation are pebbles on a beach,
Constantly being sucked in and pulled by our ancestors’ tides.
The crashing waves of societal expectations, an insane curriculum and you —
the Judgemental Media, chip away at us like a chalk cliff.
You have taken away our right to truth with fake news.
The system tests us until they say we are old enough and mature enough to earn a voice.

Hear us now or wish you had listened then.

And yet it is beautiful

A mother is a lot of things,
a helper,
a listener,
and a friend.
She’s there to listen to your biggest problems,
And to remind you that you’re never alone.

She’s a great cook (and a great baker),
an aspiring comedian too.
She’s the go-to woman for fashion,
and book recommendations.

She knows when you’re upset,
and she’s always there if you need her.
My mother is everything (and more) a mother should be.

I love my mother,
though it may not seem like it, all of the time,
because she’s a helper, a listener, and a friend of mine.

A rush,
A blur,
Awoken from sleep as loud tyres stop near,
Kind calming voices that I hear,
Soft leather slipped over my face,
Brought to the warmth of a stable with grace,
Soft smooth brushes in her hand,
I’m not used to this, I don’t understand,
Warm rug wrapped around me,
This isn’t how it used to be?
Let into the cold dark air,
She comforts me with a brush of her hair,
Warm, long boots placed around my legs,
Please, please, load she begs,
I’m lonely with none of my mates,
But in the lorry crunchy hay awaits,
Engine starts up as we start to roll on,
My stable, my home — all are gone,
Hours later we arrive,
Pulling up a long drive,
The ramp is down, no time to think,
Walking down I cannot blink,
My dream home, fresh and clean,
The old owners were just so mean,
Yet no one’s here just me and her,
Ruffling my soft, thick fur,
Could this be my new life?

Happiness and joy as weeks go by,
Just me and her, I feel I could fly,
She takes good care of me,
I would never flee,
For I am home now,
No more blur,
Just her,
My owner.

It was a while ago
we last saw each other
Strained smiles
hidden beneath a layer of cloth
Waiting, hoping

Back to school
learning to play a tune
You said it sounded good
even when it didn’t
Listening, playing

I remember when we rode
our bikes down to a park
Getting lost didn’t matter
Picnicking in the light
Riding, roaming

And then a bad spell
— it’s returned
Pain, anger
We must be careful
Even a sneeze could kill

Time will heal
but not completely
Baking or burning what’s the difference
Spending hours by the oven
Mixing, measuring

Going to church
you taught me your beliefs
and to sing in tune
Rehearsing every Friday in the cold
Singing, humming

Why did you have to go? 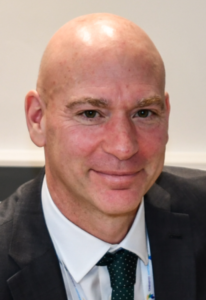 We are very proud to present our first Anglian Learning Writing Prize Anthology and hope you will enjoy the wonderful writing and art that await you in these pages. Pupils from six Anglian Learning schools took part in the Prize, which included four different categories of writing: fiction, non-fiction, poetry and cartoon / comic strips, as well as an additional cover design art category.

All entries were judged anonymously, having been coded before being sent for judging, and with the code including only the year group of the entrant. In total we received 186 entries. Our Head Writing Judge, Freya Dean, chose four winners from across all writing categories and shortlisted a further 37 entries, while Cover Design Judge, Karen Thomas, chose one winner and shortlisted a further four cover design entries for inclusion in this anthology

I would like to extend my grateful thanks to our judges and to all those who took part in the Writing Prize. I would also like to thank Morgan Sindall for generously supporting this year’s Prize.

We were delighted by the quality of all the work submitted and hope the Anglian Learning Writing Prize is now set to become an annual feature on our calendar. 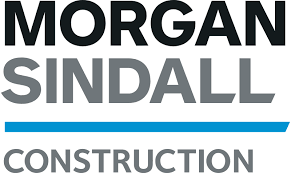